The Rise of Influence 3.0: How Business Began Catching Up to Motivation 3.0 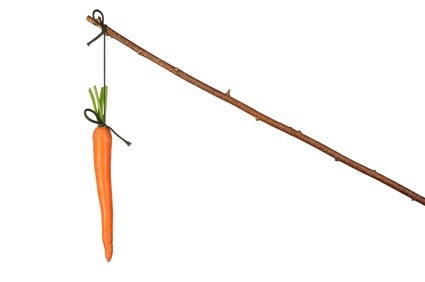 Readers of Daniel Pink’s 2009 bestseller DRIVE will notice parallels between Influence 3.0 and Pink’s concept of Motivation 3.0.

But there are more factors affecting influence than just motivational psychology factors; for example, culture, technology, and communication. Furthermore, it often takes a while for the business world to catch up to the reality of what works. “When it comes to motivation,” Pink writes, “there’s a gap between what science knows and what business does.” As a result, each upgrade toward Influence 3.0 has lagged behind the upgrade toward Motivation 3.0.

Here is the historical evolution of Pink’s motivation “operating system,” alongside the business community’s dominant model of influence:

It was around 1910 that Frederick Taylor’s “scientific management” principles became widely known, and when Henry Ford implemented the assembly line and the higher wages he called “profit sharing.” Businesses began to see their people as a valuable resource to manage effectively and efficiently.

Another question is why 1994 marks the rise of Influence 3.0.

In the early 1990s, the world had been shrinking rapidly: the Berlin Wall fell, the Iron Curtain tore, free trade was unleashed. But the most pivotal event (though much quieter) was the rise of the World Wide Web, which arguably occurred in 1994, when the W3 Consortium was established and a number of notable websites were first launched.

In the spring of 1995, just before my college graduation, I overheard a Computer Science major mention “World Wide Wide.” Having never heard the term before, I asked him what it was. I’ll never forget his geeky but perfectly concise answer: “A graphical user interface for the Internet.”

At that point, I had been using the Internet for about two years. But I found it clunky and esoteric, like DOS on a PC. When I heard about the Web, I instantly envisioned a Mac or Windows version of the Internet — now anyone could use it! Indeed, not only was it a small world after all, it was a connected world.

As a result, we were moving beyond the Information Age, when the right information in the right hands (senior management) was king. In the Connected Economy, information is increasingly available to everyone, anywhere, anytime. Knowledge workers are king, and everyone (including production employees) has the opportunity to gain the needed knowledge.

Jesse Lahey, SPHR, is the host of the Engaging Leader podcast and managing principal of Aspendale Communications. Connect with him on Twitter, Facebook, or LinkedIn. If you know anyone who would benefit from this information, please share it!